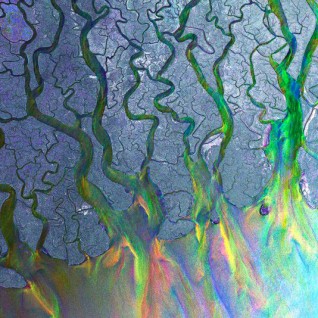 It has been quite some time since I’ve written anything music related even though I went to a number of great concerts over the summer and began hearing a few new bands that I have enjoyed.  The only reason I can think to explain my lack of interest in reviewing anything musical would be an overwhelming sense of “meh”… nothing has truly grabbed my ear and not let go in a long time.  If you knew my history with music over the course of my life you would realize what an utterly sad and depressing statement that last sentence really is.

Have I aged to the point where nostalgia has taken over the excitement of hearing something new?  Has my mind shut down it’s ability to appreciate that which makes me uncomfortable?  I don’t believe either of those ideas is true… but I do think about it and worry at times.  I’ve become so invested in listening to podcasts and news programs (thanks in small part to being able to wear an earbud in one ear only while working thus rendering anything in stereo half as entertaining) that I’ve allowed myself to drift from what the kids are listening to these days and to slide into the familiar.  Fortunately, Mrs. Blahg recently got satellite radio and has been soaking up all sorts of new music… some I’ve been good with, others not so much.  Where these two worlds collide is NPR’s All Songs Considered podcast… and it was in their year end best-of list that I heard one track that got my inner music geek all excited, Fitzpleasure by Δ (Alt-J).

The song opens with a strange vocal arrangement reminiscent of some folky barbershop quartet and kicks into a vocal line pushing the borders of sounding like Adam Sandler’s goofy baby voice… but once past this minor annoyance, the song is amazing.  Constantly shifting, this song doesn’t seem to be able to fit comfortably into any category or instrumentation and delivers a different arrangement every few measures while somehow remaining cohesive and totally compelling.

My curiosity was piqued…

After listening to a snippet or two of some of their other songs from An Awesome Wave on iTunes, I decided to download the album… I haven’t stopped listening since.  I consider a good album one that has, at minimum, three songs that I like… this has at least five songs that I would gladly listen to as singles.

So who are Δ (Alt-J) and what is up with that ridiculous name?  The band consists of four men; Joe Newman (guitars/vocals), Gwil Sainsbury (guitars/bass), Gus Unger-Hamilton (keyboards) and Thom Green (drums) who met one another while attending Leeds University in 2007.  The name is based on the Mac keyboard shortcut for the upper case Greek letter of delta, which to them represents change… thus, when you type Alt-J, you will get Δ.  Honestly, this enough would normally turn me off due to a ridiculously high level of pretentiousness… but something about their music has me hooked.

I understand they have an earlier EP that was released containing at least one or two of the songs found here, but as their debut album, An Awesome Wave was released in the UK in May of 2012 and September here in the US.  Although it was Fitzpleasure that drew me in, I became immediately enamored with the third track on the album, Tessellate.  From what I’ve read, this was one of their first singles in the UK, and I can understand why… it’s beautiful, sensuous, and something just this side of mopey.  I often don’t listen to lyrics, but with this song I find myself trying to understand what they are saying… unfortunately, that pretentiousness goes beyond their band name and obviously delves deep into their lyrics as well… yes, we get it… triangles are your favorite shape.  Although I’m knocking it a bit, this is by far my favorite track on the album.

I’m not 100% sure, but I think Tessellate is being used as a euphemism for sex.  I looked up the definition of tessellate, according to dictionary.com, the definition is thus:  to form of small squares or blocks, as floors or pavements; form or arrange in a checkered or mosaic pattern.  I suppose if you are asking someone to tessellate that could be like human twister… spooning perhaps?  Are there more people involved than just two?  Maybe that’s what the video is referencing… I don’t know.

Also embedded in the lyrics are movie references throughout the album… Breezeblocks (4th track) contains references to Where the Wild Things Are, I believe Tessellate contains a reference to The Good, the Bad, and the Ugly, and Matilda (8th track) is based on Natalie Portman’s character in Leon: The Professional.  Also, there are a number of drug references sprinkled throughout, most notably Dissolve Me (7th track) with the opening line, “two tabs on my tongue”.

The music itself is layered with moments of psychedelically charged folk-rock with an electronic twist. Although I mentioned the annoyance of the vocalist using some sort of Adam Sandler voice, this is not the only style he employs.  There are moments, specifically on Something Good (6th track) where I can hear a slight Paul Simon influence which works doubly good considering all of the harmonies spread throughout.  I can also hear Radiohead influences as well as a twinge of Bloc Party every so often.

There are three interludes spread throughout which seem to act as either a stylistic bridge between acts or as filler… I can’t figure which, in addition to an intro which does seem to act as an introduction to what you are about to hear… and doing a good job in doing so.  The album runs about 44 minutes, which takes me back to the days when you could fit a whole album onto one side of a 90 minute cassette… is this an album produced with vinyl in mind?  Some of the songs are fine… I have few feelings either way about some of them… but the five; Tessellate, Breezeblocks, Something Good, Dissolve Me, and Fitzpleasure… all fantastic.

If An Awesome Wave is any indication of what the new year has in store for us musically, I’m on board and genuinely excited for something new.  This album represents about five years of this bands creative endeavors… what will their sophomore album sound like?  Time will tell… and in the meantime, I’m happy to enjoy this album… hope you will too.