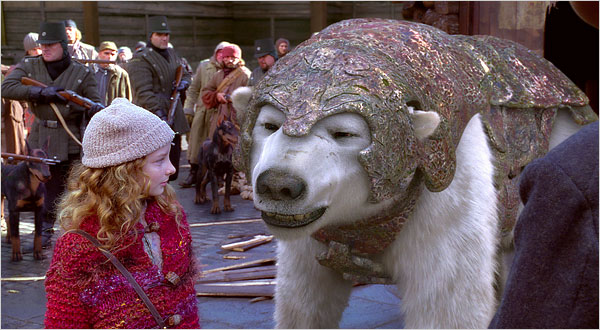 It seems that everything Ive been enjoying on the big or little screen recently have been adaptations from novels or comics. Fortunately, the immediate trio that pop into my mind; The Hunger Games, The Walking Dead, and Game of Thrones, are all stellar examples of adaptations done right. What are some of the other properties that have either nailed it or too often, screwed it up and what is it that makes one thing successful and another fail?

Blade Runner is based off of a short story by Philip K. Dick titled “Do Androids Dream of Electric Sheep?“, the different title comes from another story about medical supply smugglers and the movie itself barely resembles the original material. Why would I consider this a good adaptation? Ridley Scott took a great idea, and fleshed out an interesting movie from it an adaptation does not have to be a carbon copy of the source material but instead, can be a platform from which another piece of great art can be born. This would be a great example of an adaptation that many didnt realize came from anything other than Ridley Scott himself.

A director and screenwriter are compelled to produce a good movie an author must make a good book the two media are separate with different goals and possibilities. There are times when the two can complement one another, such as Blade Runner, when the director dedicates himself to making the best film as opposed to making the best adaptation.

What about adapting beloved novels? I discussed this briefly in my The Hunger Games review but I didnt wade into other franchises. Harry Potter for starters the first film, Harry Potter and the Sorcerers Stone, hews about as close to the source material as is possible yet, feels a bit lacking in retrospect. Im sure fans at the time loved seeing Harry come to life, but that particular film (and the second) feels the least emotive. Beginning with the third in the series, Harry Potter and the Prisoner of Azkahban; a different director a different direction for the series and a more honest, albeit moving further from the novels, depiction of the story. From that point on, I became a fan. The Girl with the Dragon Tattoo has managed two separate versions of the same book with two very faithful and fantastic films. Many grumbled about remaking the Swedish version while I applauded the decision. If a story can reach one million viewers why not make it accessible and inviting for fifty million viewers.  Plus Rooney Mara…

Homers The Odyssey has been made into all sorts of different stories over the millennia, yet I dont think anyone would have imagined it in the same way the Coen brothers had as a comedic melodrama set in the depression era south. O Brother Where Art Thou became quite the oddity when it came out not only for portraying such a classic story in such a new way, but by making unlikely fans of bluegrass and old-timey music.

How about comic book adaptations? This is a genre that has quite the hit and/or miss ratio. For every The Dark Knight there is a Howard the Duck (thats not quite fair there is only one Howard the Duck). Overall though, superheroes have fared very well. Beginning with Richard Donners Superman, the genre exploded. Some have failed others have soared. The first Tim Burton Batman, although I am not a fan, is loved by many the Nolan Batman films, of which I am a fan, have succeeded beyond anyones imagination. Iron Man, Spider-man, Thor and Captain America the most recently crowned king of superhero films, all fantastic.

I may not be a fan of Frank Miller but if not for his depiction of The Dark Knight well, we wouldnt have The Dark Knight. He also has had 300 and Sin City made into films that have been adored. Unfortunately, not all comic adaptations have fared as well as Millers work has. Alan Moore in particular has seen many of his works bastardized and screwed with to much fanfare more on that when we get to the bad and the ugly.

Childrens stories have an interesting track record. Who would have imagined that Where the Wild Thing Are could have turned into a meditation on the difficulties of childhood a film that perfectly encapsulates the frenetic energy of being a frustrated young man on the cusp of adolescence? Thank Dave Eggers for that. Horton Hears a Who with Jim Carrey? Yes worked shockingly well.  Neil Gaiman’s Coraline found it’s perfect medium in claymation and a perfect director, Henry Selick, known best for The Nightmare Before Christmas (no… Tim Burton did not direct that).

Some of the greatest adaptations deviated greatly from their sources and interestingly enough, many of those came from the 1970s. Jaws, The Exorcist, One Flew Over the Cuckoos Nest, The Shining, The Godfather Parts I & II, Planet of the Apes (actually 1969) all of which are remarkable films that more often than not exceed the best selling novels they were derived from.

Plus, there were these three films recently based on some ring or something Lord of the Dance? No hmmmm what was that trilogy my precious?

I managed to review The Hunger Games without once mentioning the franchise that it so unfairly gets compared to Twilight. These two series have almost nothing in common other than a young woman at the center and two young men that are vying for her affections. In one story, the young woman in question has more pressing things to think about other than boys, such as staying alive and overthrowing a brutal dictatorship in the other, the boy problem is THE problem. Im not going to knock Twilight for that there are many other aspects one could complain about but I will point out that the comparison between the two is undeserved.

But, as far as adaptations go the first film actually does a credible job (I have a post in mind for the future… where I actually will defend the first movie.  More on that later.) . The subject of much ridicule, Twilight itself is a solid adaptation that in hindsight has been unfairly maligned. The sequels however, deserve every ounce of vitriol they have garnered.

I would say these are bad adaptations for no other reason than the fact that the directors seemed to become more concerned with appeasing fans and putting their own imprint (no pun intended) on the film than with making a great movie. This is an example of how sticking too close to the source can poison the well.

Which brings us to Watchmen. I like Watchmen. I love the graphic novel I enjoyed the film but I can sympathize and understand its detractors. Zack Snyder has made a career of adapting his favorite properties first the remake of Dawn of the Dead, followed by 300, and then Watchmen. Sucker Punch was his first original film the less said about that the better. For all the right decisions he made with the first two, which in my opinion was that he deviated enough from the material to make it his own, he made the equal and opposite decision with Watchmen. There is a sterility at play in that movie that can only be the product of trying to emulate specific panels from the graphic novel and to pay ultimate fan service.

Alan Moore has always despised his work being adapted and with his track record; From Hell, League of Extraordinary Gentlemen, and Watchmen you cant blame him.

Then there are your run of the mill bad adaptations that simply dont work due to poor directors, bad casting choices or lousy scripts. Bonfire of the Vanities springs to mind at least for bad casting. Or bad childrens stories Cat in the Hat anyone? No thanks. The Lorax, although not bad, certainly lost something in translation. How many good films have you seen based on the legend of King Arthur? Now, how many of them have been good?

I reserve a special place in my heart of Phillip Pullmans His Dark Materials trilogy; The Golden Compass, The Subtle Knife, and The Amber Spyglass, a beautifully written adaptation itself of Paradise Lost as written for young adults. Such a wonderful and gorgeous book series and I was delighted when I first heard a film would be made. Sadly, when that film opened, it was far less than could have been hoped for. In fact, I would go so far to say that the film was so poor it probably turned people away from reading the novels and that is why The Golden Compass deserves to be in the “Ugly” category.

My understanding is that the studio mucked up the movie not Chris Weitz the director. Im willing to give him the benefit of the doubt. He also directed New Moon, the second Twilight film which doesnt bode well for him.

I understand Howard the Duck was so bad that fans of the original comic it is based on cant even bring themselves to enjoy the books anymore. Now thats toxic.

My final entry for “Ugly” goes to one director and a genre as a whole video game adaptations and Uwe Boll in particular. The list of decent video game based films could fit in a thimble the horrible ones could fill an airplane hangar. I may be guilty of enjoying the first Mortal Kombat and perhaps Ive enjoyed a Resident Evil movie or three and I know many people enjoy the Tomb Raider films, although I imagine that has more to do with the star than the film, but trying to find an enjoyable game to film adaptation is not an easy endeavor. Uwe Boll however, may be the worst director known to man and that is saying something. Bloodrayne anyone? How about, Bloodrayne: The Third Reich?

The Blahg is better than the movie,
Cornelius J. Blahg

PS: Special mention should go to Adaptation the film of Charlie Kaufmans adaptation of the Orchid Thief. Original, twisted, and completely unique now THAT is how an adaptation is done.