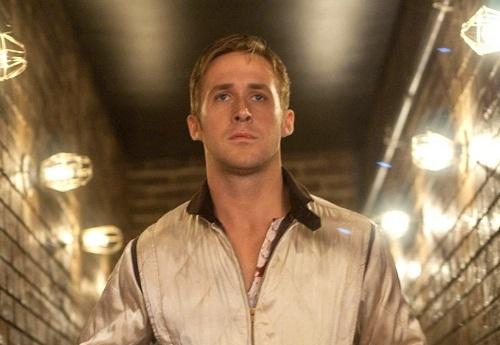 Theres a hundred-thousand streets in this city.  You dont need to know the route.  You give me a time and a place, I give you a five minute window.  Anything happens in that five minutes and Im yours.  No matter what.  Anything happens a minute either side of that and youre on your own.  Do you understand?

With those lines, Driver (Ryan Gosling no other name is given for the character other than kid) lays out everything you need to know about himself and the film Drive.  He works part-time as a stunt car driver, part-time as a mechanic, and part-time as a getaway driver for those in need of his particular skill set all while rocking a gold Members Only jacket emblazoned with a scorpion.

Drive is an exercise in tension.  Driver says very little and the director, Nicolas Winding Refn, does something amazing he allows a shot to linger and linger and linger.  Much of the film unfolds in silence, or at the very least, allowing the soundtrack or the ambient noise of a scene to set the tone much of the film involves Driver staring either at nothing, or at Irene (Carey Mulligan), his attractive neighbor who spends much of her onscreen time staring back at Driver.

Dont be misled into thinking that all that staring and silence is dull quite the contrary.  As the shots linger, the tension mounts when the silence eventually breaks, the movie takes in a deep breath and explodes in a spasm of violence leaving you to wonder, what the hell just happened there?  Violence is never dealt with in a humorous way there is never a wink and a nod when something happens, there is a brutal dry quality to it that is immediately jarring and disturbing and the tension resets itself and lingers.

The story itself is rather simple, but maneuvers through a number of wonderfully unexpected turns.  The relationship between Driver and Irene develops with a quiet unspoken understanding Drivers relationship with his boss at the garage, Shannon (Bryan Cranston), feels genuine and well worn a sense that whatever they go through, theyve been through it before.  It is through Shannon that we are introduced to Bernie (Albert Brooks) and Nino (Ron Perlman), two gangsters with history between themselves and Shannon.

Unless you were living under a rock in the last six months, you have probably heard a great deal about Albert Brooks performance.  Many people believe he was robbed in not receiving, at a minimum, an Academy Award nomination for Best Supporting Actor.  If I had seen any of the other performances nominated this year I may have a stronger opinion about that but I can say that his performance is flawless.  Then again, to me, there is something resembling stunt casting when you cast someone in a role that is the complete opposite of everything theyve ever done prior and as a fan of Albert Brooks, I was very interested in the idea of him as a sadistic heavy.  Fortunately, he pulls it off extremely well.  The idea of a calm, collected, and emotionless Albert Brooks coming at someone with a fork is terrifying.

Ron Perlman, his partner in crime literally is a Jewish gangster who owns a pizzeria.  All hes ever wanted is the respect of the Italian mobsters how very New York of him.  Another great performance.

What more could I possibly say about Drive?  Its an amazing movie that had me kicking myself repeatedly for being so late for.  I cant even begin to count the number of times I almost went to see this in the theaters but for whatever reason; I never got my ass in that theater my loss.  The soundtrack is fantastic, the performances are completely engaging and amazing, some of the better direction in an action movie (I have a hard time calling this an action movie I would prefer, tension movie) that Ive seen in quite a long time.

There is not a moment wasted in this remarkable film I couldnt recommend something more highly than I could recommend Drive.

Do you understand?
Cornelius J. Blahg