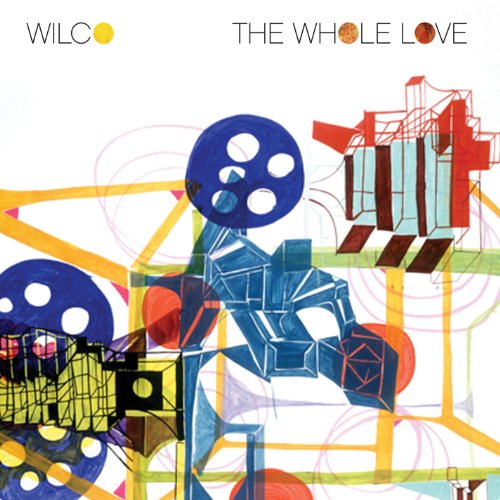 Ask ten different people whether or not they like Wilco, and chances are very good that you will get ten remarkably non-committal statements about liking them but not really loving them.  Perhaps this has something to do with a somewhat uneven catalogue and a difficult to peg down style that both invites and repels easy categorization.  Are they alt-country?  Alt-rock?  Rock-country?  Experimental?  The American Radiohead?  Dad-rock?  Blues-rock?  Whatever style they may fit into, since their 2002 release of Yankee Hotel Foxtrot, I have been a fan.

Yankee Hotel Foxtrot was their fourth album, preceded by Being There, a sprawling two disc album, that found Wilco in a very experimental mood.  It was with this release that I found myself floored by what they were doing.  Upending the rules for music as we expected it, and bringing multi instrumentation as well as literary inspired arrangements, Yankee Hotel Foxtrot was a revelation.  The follow up, A Ghost is Born, delved into experimentation will less success.  Then Jeff Tweedy went into rehab for a painkiller addiction brought on by a lifetime of migraine headaches in addition to anxiety and panic issues.  When Sky Blue Sky was released in 2009, I was again floored.  Not so much because of the avant garde nature, but because of the subtle beauty of much of the music.  Last years Wilco (the album) was solid, finding the band very obviously getting into the groove of their own sound and making themselves comfortable for a change.  Unfortunately, it was somewhat forgettable.

The Whole Love opens with an incredible track, Art of Almost.  Beginning with some off kilter drums and bass, some chirps and beeps and Tweedys voice coming in smooth and strong as ever.  Seven minutes of what seems to be another experimental ride akin to YHF.  That is where it ends.  The next track, their first single, I Might, is a power pop number with a little organ and an extremely peppy tempo that should make this a radio staple for the next few months.

From there the album veers into more mellow country tinged tunes such as the third track, Sunloathe, which has an almost Beatles-like quality to it to Dawned on Me, another great rock song with some excellent arrangement and into Black Moon, a very understated song with a quiet guitar and Tweedy in a near whisper.  One of my favorite on the album…

All of the music found here is remarkably arranged.  If there is anything Wilco seems to do well is in how they construct their music.  Like a great novel, where the story goes should be a surprise, or at the very least original.  I must give Wilco a great deal of credit in this department.

Born Alone, the sixth track, is straight back into the rock sound that is instantly recognized as Wilco.  A song about death that for all intents and purposes feels like a celebration.  The eighth track, Capitol City feels like the oddest in the bunch.  An attempt at something old timey sounding.  Its cute I suppose but not my favorite.  Standing O, brings us back to that rock feel, but with an organ.  Very Strawberry Alarmclock.

Whole Love, the titular eleventh track, also incorporates a whole host of instrumentation this time to much better effect.  Very catchy Tweedy busts out his falsetto for punctuated moments with a wonderfully loopy and fun guitar riff.  Closing out the album is the twelve minute One Sunday Morning (Song for Jane Smiley’s Boyfriend).  A very simple song that doesnt feel as epic as its twelve minute run time would hint at, but there is a story being told and I am along with it until the end, having barely noticed that any time has passed.

I would say that the album is quality but, it is also very unpredictable.  Each track seems to open into a new mood, a different direction and for many artists I would say that it was a few good tracks with filler but with Wilco, it is playing with different sides of their own personality, and the effect is a fantastic album as a whole.  I can hear maybe three tracks that could be good singles but I definitely feel this is a great album.  Perhaps not YHF great, but more comfortable with who they are and the music they make