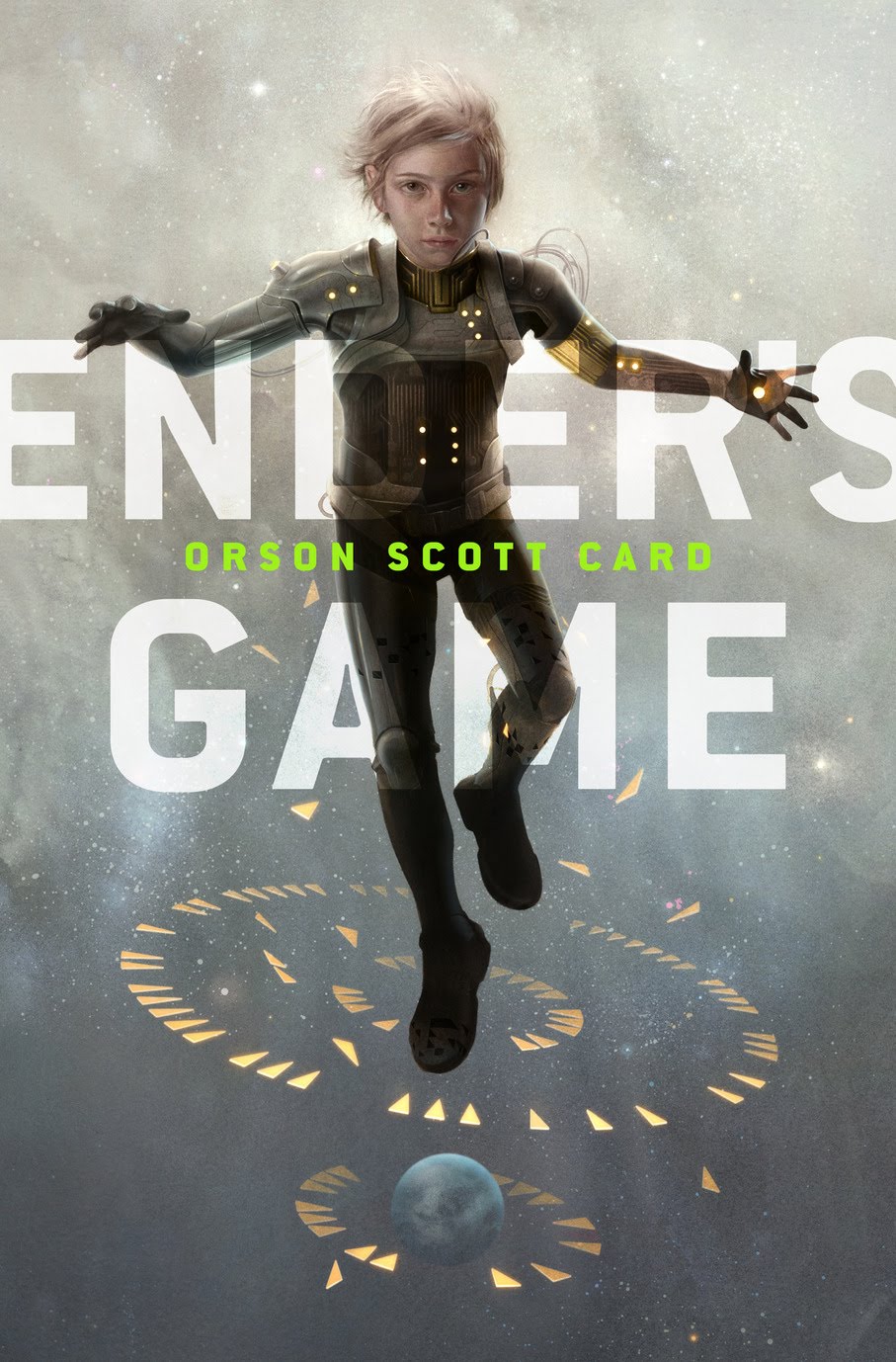 I have rarely enjoyed science fiction novels.  I love science fiction on film or television, but out of the thousands of science fiction books out there, only a handful ever seem to rise above the lame-soup that is essentially speculative fiction or goofy alien stories with stupid names and dubious science.  Over the years I have heard the title Enders Game pop up from time to time, but gave it little attention until reports of various failed attempts to turn it into a movie kept popping up, piquing my interest enough to give it a read.  When Borders began selling off its inventory at reduced prices, I couldnt turn away.

Written originally as a novelette for a 1977 issue of Analog Science Fiction and Fact by Orson Scott Card, he later released the now classic complete novel of Enders Game in 1985.  Apparently there are a number of sequels, but from what Ive heard from multiple sources, they are not worth the paper they are written on but now that Ive read Enders Game, I understand exactly why it is as well regarded as it is this is a fantastic story.

Andrew Ender Wiggan is a young six year old boy when the novel opens in an undisclosed time in the future where we on Earth have been preparing for an impending war with an alien race known as Buggers, ant like alien creatures, who in the past had attempted two invasions only to be turned back by one hero, Mazer Rackham (I know bordering on stupid name).  All young people are fitted with a device implanted in their heads in order to monitor their thoughts and actions in the quest for the general who will be able to lead our race to victory over the Buggers.  When it becomes clear that an individual does not have what it takes to enter Battle School (the first step in military training), the monitor is removed and the person is free to go about their daily lives.  The story begins with Ender having his monitor removed.

In this future society, the globe is governed by three ruling bodies who limit much of what people can do on Earth, specifically population control (only two allowed unless the potential for greatness can be proven, then a third is allowed for military purposes).  Ender is a third, and with his monitor removed, great shame is brought upon his house.  Enders brother Peter is hyper intelligent, but a sociopath his sister Valentine is also hyper intelligent, but is soft as can be Ender is Goldilocks, a little of both and although his monitor has been removed, eyes are still on this young child, and eventually, he heads out for Battle School.

What is it about young kids hurting or killing themselves that we as a society are so fascinated with?  Lord of the Flies, Battle Royale, The Hunger Games all involves children wreaking havoc on one another.  Are these all basic metaphors for the animal within us all that feels so much more horrifying when seeing children committing these acts?  Then I just think of all those weaponized child-soldiers in Africa and get a strange queasy feeling.  Enders Game explores this as well the horrors of what people, and even the seemingly innocents among us, are capable of when pushed hard enough.

In the end of this relatively short novel (after reading multiple 1000+ page novels, this 226 page book felt like a wonderfully easy read) a great many questions are raised and the story itself wraps itself up very nicely and gave me more than a few big ideas to wrestle with.  Some of these ideas are about as subtle as a brick to the teeth but the overall meaning and questions it raises are extremely thought provoking and I can now understand its popularity.  Also, many ideas Card presents are remarkably prescient.  Ender works on something called his desk, which bears a striking resemblance to an iPad.  Spooky.

My only quibble is that there are shades of Cards religion sprinkled throughout… not that that is inherently bad, but Card is a Mormon and some of those points are a couple of the more negative elements that I have a problem with.  Increase of baby-making, subtle racism and xenophobia, an idealized reverence of Judism and the whole Messiah-complex thing.  This is very minor though and honestly, this did not detract from my absolute enjoyment of this book.  If anything, my prejudice crept out more than his.

So what is left to say?  Surprisingly good book thought provoking funny at times brutal at others.  I would highly recommend this if you need a short novel to pass some time or have an interest in science fiction.  I will be very interested in whether or not a film will ever be made of Enders Game I dont know if we are ready to see children this young doing the things that they do, but I will be first in line.

Wheres Johnny Rico when you need him,
Cornelius J. Blahg