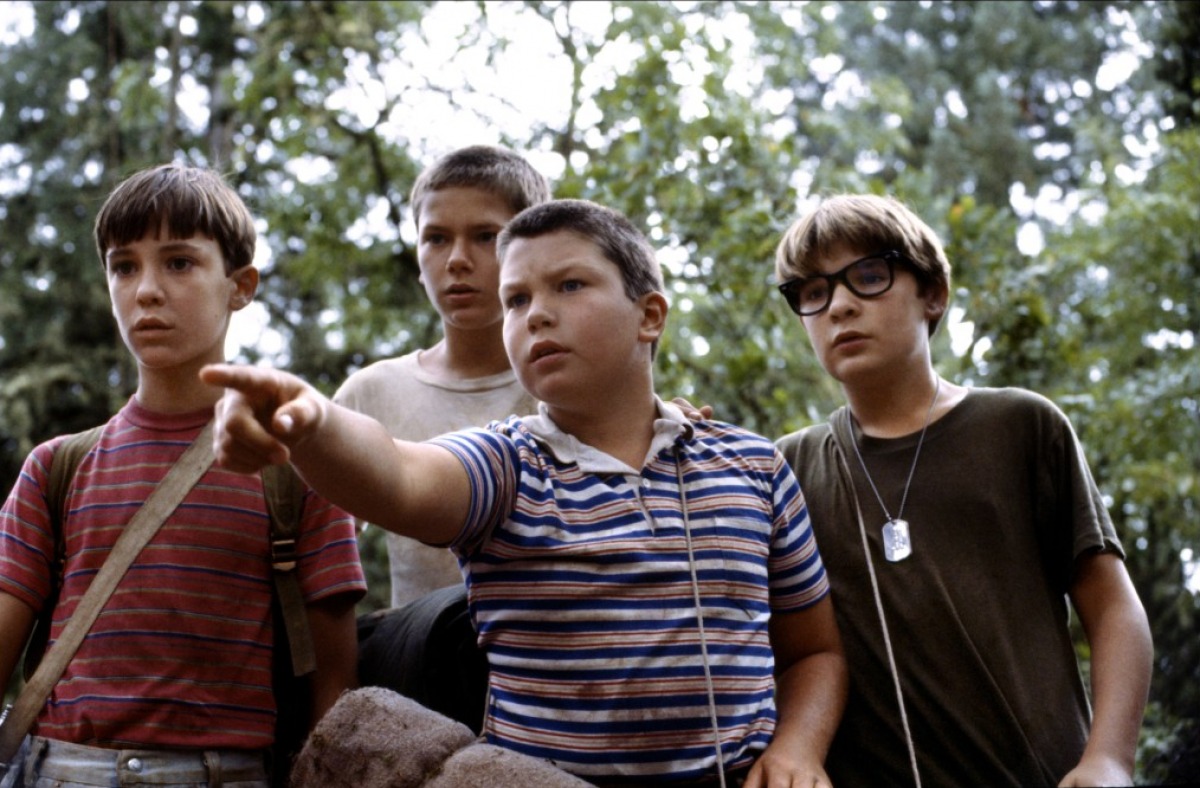 Due to changing formats in home movie viewing, and the fact that I finally bought a Playstation 3 and now have a Blu-ray player (more on that purchase later), Ive decided to change DVD of the Week to Movie of the Week this will not only allow for other formats, but will also allow me to open it up to movies that are currently in theaters, because although I may review the movies I see, I dont always make a point of which movies I think you should go out and spend your hard earned cash monies on.  Thanks, I hope this will work for the better also, Ive missed my weekly movie picks.  Enjoy  CJB

For a while now Ive been trying to think about which older movies my kids need to see in order to have a proper pop cultural backbone for instance, although I was roundly mocked by most people I know for getting my kids hooked on Gilligans Island, my kids (specifically my nine year old [well nine in ten days close enough]) have now noticed a large number of references to Gilligans Island that they would have otherwise been blind to most recently, last night while watching Phineus and Ferb.  Even the new harkens back to the old, and everything can be a much more rich experience when you have the proper perspective and that is what I am trying to give my kids perspective (which is really a difficult task seeing how time is the only true granter of perspective but what you are exposed to helps I think).

However, everything has its time everything has its place and trying to figure those times and places and apply them appropriately can be difficult.  Ive considered using the timeline based on when I saw films compared to their ages and that works to a certain degree or tried to think about what I got out of something at a particular age and how that particular perspective has changed over time and of course, the difference between a young boy and young girls.  Fact is, some themes resonate with young boys more than girls Star Wars for instance.  For as much as I adore that franchise, my kids seem a bit oblivious to it.  They have a basic understanding, but not the obsessive view of those films as I do fair enough.  Other movies I thought they would be into, they thought were boring or out dated, and others that I didnt think they would love, they did such as Ghostbusters and Back to the Future not to mention Loony Tunes and The Pink Panther (the cartoons, not the Peter Sellers classic).

One such film I have been holding off on showing them was Stand By Me.  When Stand By Me was originally released I recall sitting in a movie theater alone at the age of fourteen and being extremely affected.  The theme of childhood friendships and father issues struck me to my core my DNA twinged and I wept like an emotionally damaged school girl.  And for as often as Ive seen it over the years mostly bits and pieces when it would pop up on cable I hadnt seen the entire film in years.  My memory had faded of the film itself beyond the famous individual scenes and its impact on my back in my early teen years which was very much the right time and the right place.

Last night I finally decided it was time for my girls to watch this moving and beautiful testament to friendship and youth despite its R rating.  I think I needed to wait.  Most of the film’s points were completely missed by my six year old but my nine year old seemed intrigued.  She seemed to recognize this as a good and entertaining movie but I think the majority of the subtext and context were a bit lost to her.  Midway through, she asked to take a bath and said she will watch it another time.  Too soon.

Mrs. Blahg and I continued to watch to the end.  I was able to recognize the moments that had struck me so hard as a young man specifically the point where Gordy finally breaks down after seeing the body and voices his biggest fear, that his father doesnt love him that his father loved his now dead brother and hates him for being the living son.  I would be a liar if I said I didnt feel the same way growing up.  I may not have had a dead brother, but I was not at all what my father wanted in a son, and I always knew that.  His activities always involved getting shit faced drunk with his buddies and that left little room for a young boy seeking approval and attention certainly not when that attention and approval was grudging at best.

It dawned on me then that the greatest testament to how I have developed as a father may be in my kids not being able to relate as well to this film as I did.  They can sympathize with the problems each of the four characters go through, but they cannot empathize.  Perhaps I should be grateful that she would rather take a bath.

Of course Stand By Me is a far greater movie that simply my personal experiences of it and I suppose I should mention something about the movie itself.  Plot in a nutshell, four young boys (Wil Wheaton, River Phoenix, Jerry OConnell and Corey Feldman) find out about a dead body and head out into the woods to find it to get their picture in the paper.  Along the way they discover themselves and each other and forge friendships that may not last forever, but will always be the best of their lives.

Directed by Carl Reiner in his prime, this is a film of wonderful economy each scene so well acted and directed with an incredible cast and all done and said in less than an hour and a half.  Emotional, beautiful and funny an absolute classic with the backdrop of an America that I have never lived in America in the 1950s that, at this point, feels as far removed as medieval Europe.  But the subject matter makes it as relatable as if it took place yesterday.

If you have not seen this film, treat yourself to a good cry although it has a sad and somewhat melancholy feel to it, the truth and warmth of it will leave you better off in the end.  If you simply have not seen it in a while, you owe it to yourself to watch it again.