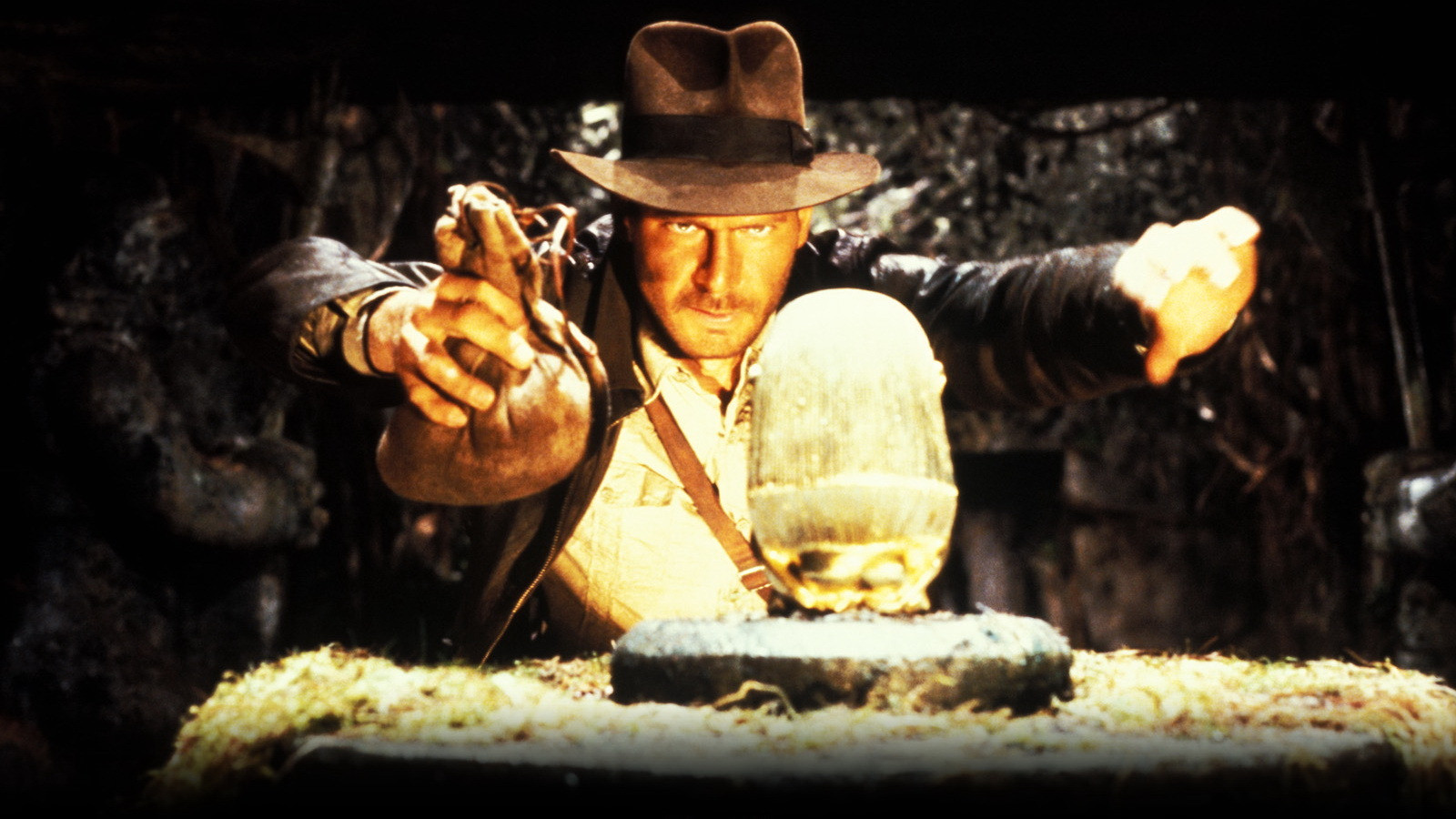 I have not been intending to turn this blog into the “Steven Spielberg/George Lucas Appreciation Society”… but as of late, I’ve selected a few of their movies for ‘DVD’s of the Week’.  The reason for this (other than a lifetime [mine specifically] of great movies) is that we have been approaching various anniversaries for the beginnings of a few franchises that make up massive chunks of our popular culture over the last forty years.  But it was thirty years ago today that a new hero was born.  First, we knew Harrison Ford as Han Solo scoundrel, smuggler, scruffy looking nerf herder then we knew him as Indiana Jones professor, archaeologist, adventurer, Nazi foe.  For me, he was the ultimate hero intelligent, tough as nails (so long as no snakes are involved) and gets the ladies (sort of a proto Machete with better skin).  There is zero mystery as to why I studied anthropology in school.

At the time of its release, I was nine years old and ready for a new adventure.  After two Star Wars films, The Empire Strikes Back having been released the year previous, I was quite prepared for a more earth bound story.  Like Star Wars, and little surprise of that seeing how Raiders of the Lost Ark and its subsequent sequels were written and produced by George Lucas and directed by Steven Spielberg, himself coming off the failure of his World War II comedy 1941, this movie was based on the old serial films of the thirties and thus takes place in the early thirties.  With a cliff-hanger feel and some classic elements like the good guys hat never coming off, this movie upped the ante on what a summer blockbuster should be.

I remember my grandparents taking me when I was finished with third grade I covered my eyes when the faces melted and my grandmother covered her eyes when she saw a rat on the screen (she had a very strong aversion to rates).  I recall getting trading cards one of my favorite cards was a picture of that big Nazi dude who ends up backing into the prop of the plane, the card was titles A mountain of muscle.  But more than that I recall playing with neighborhood kids.  Where once we would argue over who was Luke and Han because we all wanted to kiss Leia now we argued over who would be Indy because we wanted the whip.

Raiders is significantly more than just a collection of my fond childhood memories it redefined action adventure movies.  For years, the only real adventure movies were either horror or monster movies.  Sure there were westerns, but there time had come and gone (and now returning).  This was, for lack of a better term, a modern western.  He had his six shooter, his trusty side-kick and the damsel in distress and instead of Injuns, he was fighting historys ultimate villains.  From the adrenaline fueled first glimpses of Indy in the Peruvian rain forest and the boulder of doom to the opening of the ark, this film keeps the viewer on the edge of their seat.

My kids were introduced to the Indiana Jones trilogy early on oddly enough, my youngest daughter glomming on to Temple of Doom more so than the other two.  But over the last few years, they have made these film their own.  They have not quite taken to Star Wars but with Indy its a different story.  They even have an awesome Indiana Jones doll (similar to those old G.I. Joes with articulated joints and great clothes).  What Im getting at is this thirty years ago today a new hero was born that is very much a timeless hero, flawed, yet always in the right even when he is verging on being so very wrong.