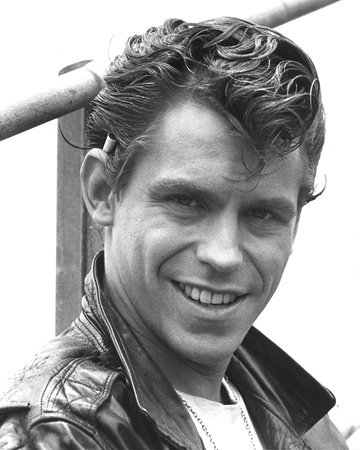 After a long battle with well aired drug abuse problems and a laundry list of other personal calamities, Jeff Conaway, of Grease and Taxi fame, and Celebrity Rehab infamy, has died.

As to what exactly brought on the pneumonia and sepsis that caused doctors to place him into an induced coma recently is still being debated… between Dr. Drew and others I believe.  But it’s not the manner of his death that matters.  What should matter is to now take a look back on his career and ignore some of the seedier aspects and appreciate the better.

His role of Kenickie in the John Travolta/Olivia Newton-John megalith Grease in 1978 was where I recall first seeing him.  I imagine this must have been the first time a great number of people did.

But for me, he will always be Bobby Wheeler.  I grew up watching plenty of TV… and Taxi came at a point in my life that I can recall clearly and think back on fondly.  At one point I began recording episodes of the show onto cassette tape using a small Radio Shack microphone to hang over the little mono speaker of my TV.  I would listen back to them so often during summer vacations that I can still watch an episode and recite it word for word (primitive podcast?)… below is one of my favorite moments with Bobby and Jim… enjoy, and rest in peace.  (Jeff Conaway… not you…)

I would not want a hickie from Kenickie,
Cornelius J. Blahg