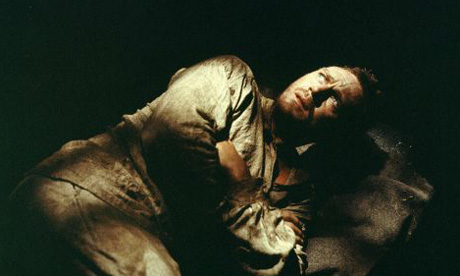 Everybody has their own personal definition of what is “cool” and what is not… with one glaring exception:  Steve McQueen.  In the 1960’s and 70’s, Steve McQueen stood out among all other actors as the very definition of “cool”… even amongst other stars such as Redford and Newman… McQueen was above reproach.  Together with Dustin Hoffman in 1973’s Papillon, Steve gives a performance of a lifetime.

Portraying Henri Charriere, a wrongly convicted man sent to a French penal colony in French Guyana (also sporting a large butterfly tattoo across his chest, hence “Papillon”, French for butterfly and his nickname) who befriends another fellow criminal, Louis Dega (wonderfully played by Hoffman), on-board the ship taking the pair (and many others) to their eventual demise in the jungles of South America.  Even on the ship, danger is found in every corner… looking for the money Dega may or may not be carrying (he is a wealthy man), shivs and other homemade devices are employed… and Dega wants protection… for that he turns to making a deal with Charriere.  Protection for bankrolling his escape plan.

The film follows Charriere and Dega throughout their sentence and throughout the horrible conditions in this penal colony and their various escape attempts… and various failures.  Whether taking refuge in a leper colony or amongst nuns, the pair are never safe for long.  The tension and discomfort of their situation are felt throughout.

This film is based on the best selling novel written by the real Henri Charriere.  At the time the film was made the novel had been released for about five years and was very much in the consciousness of the public… today it is a lost tale.  Even this amazing film is somewhat forgotten by most.  I remember when Mrs. Blahg and I first “discovered” this on widescreen VHS, we were very much blown away by the story, the beauty of the cinematography and the horrors of being in a penal colony not interested in rehabilitation, only in incarceration.  Not to mention the fact that we had never heard of it.  Consider this my gift to you… if you did not know of this film… now you do.

A guillotine in the center of the prison, solitary confinement for months, jungle rot and starvation are just some of the perils Papillon faces both in and out of this prison… does he ever escape?  Of course… he wrote the book!  But it’s the when and how that will keep you glued to the screen in this epic adventure.  By all mean… buy it, rent it or stream it… just see this movie!

Not as cool as Steve,
Cornelius J. Blahg