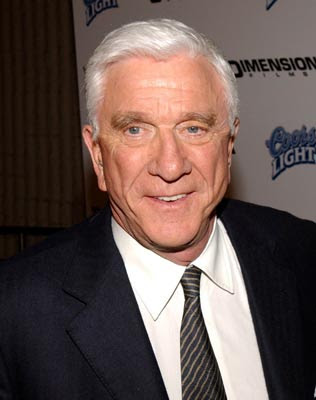 Yesterday, Leslie Nielsen of Airplane! and Naked Gun passed away at the age of 84.

Surely you can’t be serious?

I am, and don’t call me Shirley.

Appearing in many dramatic films beginning in the 1950’s, most notably in the sci-fi classic Forbidden Planet and as the doomed ship captain in The Poseidon Adventure, we know Nielsen best from his comedic masterpieces.  First, as an homage to his role in Poseiden as the doctor onboard the now doomed airplane in Airplane! as well as Lt. Frank Drebin in the three Naked Gun films.  Even co-starring with the likes of Shelley Winters, Gene Hackman and O J Simpson… Nielsen always stood out.  We will all remember him fondly.  Rest in peace Mr. Nielsen.

Nice beaver… thanks, I just had it stuffed,
Cornelius J. Blahg